No, you do not need it if you use Sisulizer to localize your files, because Sisulizer has implemented a feature for using in project a so called “alternative original” language. Usually English is the best choice for original language because it is likely that you can find much more translator from English to your target language as for example from French to your target languages. By setting alternative original language to some other than none Sisulizer does not show the original strings in the original column but translated string in the selected language. This makes it possible to change the translator language pair suitable for your translator.

You can set up alternative original via context menu of “Original” column’s header, or via “Project” menu -> “Options” -> “Alternative Original”. 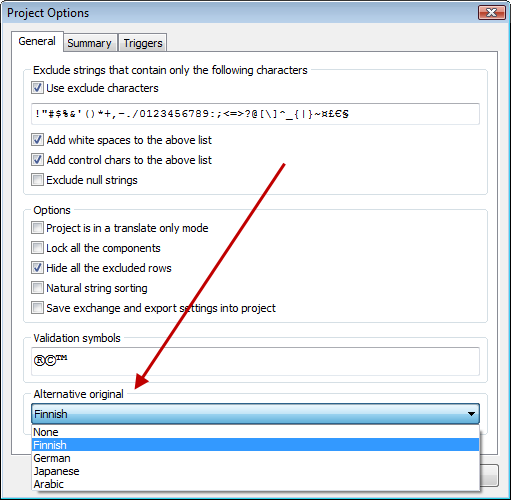 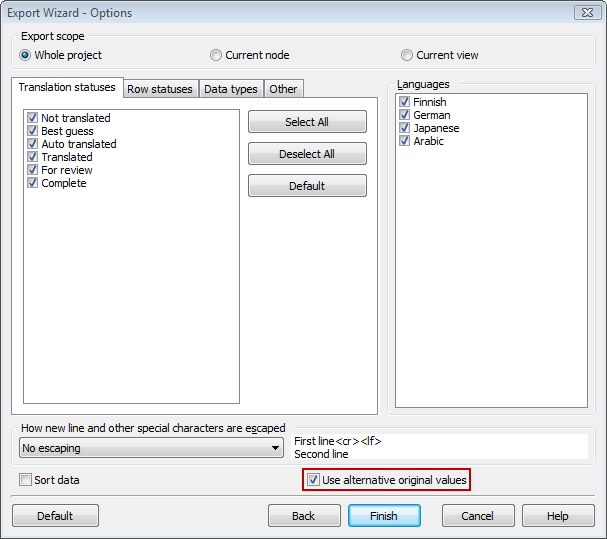 3. You can use as alternative original only translation languages already added to your Sisulizer’s project

4. You should remember this feature doesn’t switch original language of your source.

5 replies on “We use our native language in source files, while our translators require English resources. Should I re-build all source files?”

Btw: Some people might refer to this feature as relay translation/localization.

What a nice blog.

I use delphi 7 and i want to renew my corrent application.

For each language i have seperate txt files which look like this.

When I select an other new language another file the strings are overwritten like in the example above.

Now i want to use dll files for each language.

Can someone please tell me how to start? Are there any examples?

I appreciate any help.

Yes, there is a good manual for Delphi users. You can download it here: http://www.sisulizer.com/software-localization-tool/vcl.pdf

The first part is how to make your application localizable in the recommended way. It will show you how to use resources. These then can be stored in DLLs. The second part of the document is how to localize that prepared in Sisulizer.

But i don’t want to use Sisulizer. Is it then still helpfull?

I want to use it for my current project in delphi 7 does that work aswell regarding the pdf?

The articles in our blog target mainly Sisulizer users. You might be able to adapt the knowledge found on our website to other tools as well, but with Sisulizer it is much easier and faster.