1. Excluded data types
This feature is described in other article of this blog.

2. Excluded rows
This feature excludes selected rows in sheet. Strings are excluded from the project by value of context. You can exclude selected Translation Sheet rows via sheet toolbar icon,

3. Excluded originals
This feature excludes rows from project by the native value. For example, if you exclude “Cancel” original’s string, Sisulizer excludes all occurrences of “Cancel” original’s in project. You can use this feature via row context menu > “Exclude” -> “Exclude â€¦ Original”, or via “Row” menu -> “Exclude” -> “Exclude â€¦ Original”.Â  You can browse excluded originals and restore it to project via “Project” menu -> “Excluded Originals” dialog. Below is screenshot of sheet context menu. 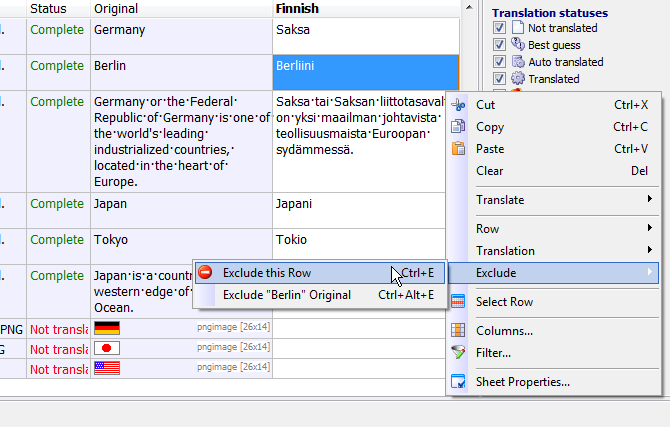 4. Excluded strings
Sisulizer also allows to exclude custom strings. The strings can contain wild cards (* and ?). For example “Number*” will excluded all string rows that start with string “Number”. “*Test*” will excluded all rows that have string “Test” somewhere. It works on two levels: 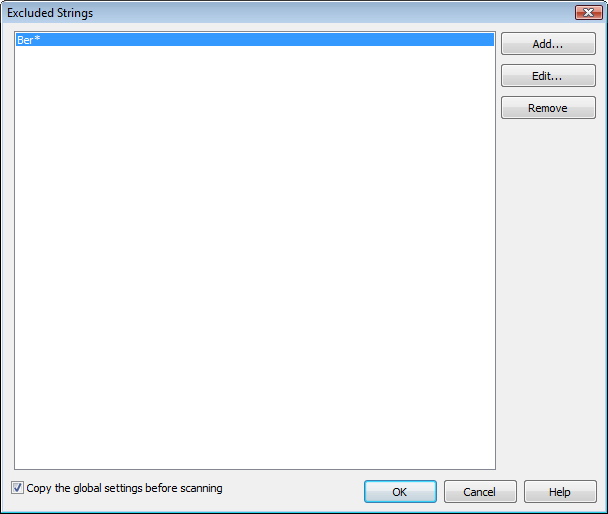 Do Not Translate feature
Sometimes you don’t want to remove or exclude a row but you just want to disable translating of the row. To do that you can mark any row as “Do Not translate”. Such a row is shown on the sheet but canâ€™t be edited. If row has been set as “Do Not Translate” it has some locked image on flags column on the left side of the sheet. 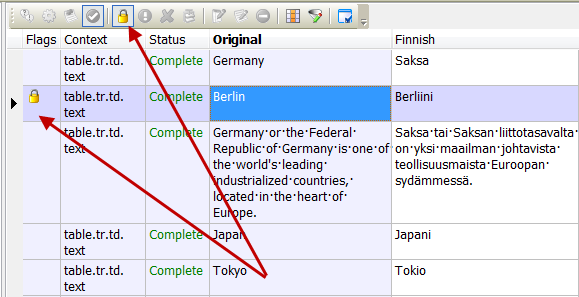