Sisulizer can collaborate with SDL Trados (popular CAT tool) via TMX standard. We already published article about this. You can read it here.

However, recently an user reported, he can’t import to Trados TMX file exported by Sisulizer for incompatibility reason. This may occur because Trados doesn’t support the value *all* as source culture attribute, while Sisulizer use it as default value. Below is a screenshot of Sisulizer’s TMX edited in a text editor and marked source language parameter.

But don’t worry. You don’t Â need to edit Sisulizer’s TMX fileÂ manually in an editor before importing it in to Trados. You can change the value of this attribute in Sisulizer’s flexibleÂ Export Wizard. When you open Export Wizard and select TMX tab on first page of wizard, please change “Source Language” option from “All” to appropriated language e.g. “English”. That’s all. 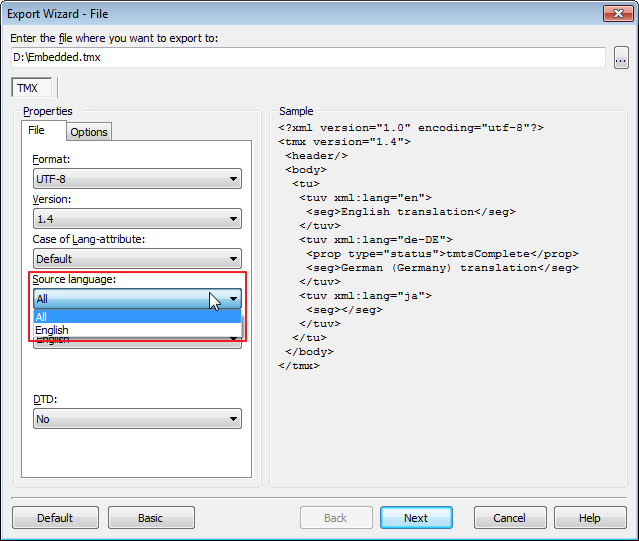 It should resolve incompatible culture issueÂ  during importÂ  to Trados.