We often show By context first then by valueÂ as most powerful and flexible import method. With this method Sisulizer tries first to import by context, and if no match exists, it imports by value. This combines the merits of By contextÂ (more appropriated results) and By value (more translated items) methods.

However, you can use the following trick to save time and effort.

In our example we assign different translation statuses to items imported by context and by value. For doing it we don’t use By context first then by valueÂ method, however we’ll simulate this method by two passes of import operation. First, we set By contextÂ import method. 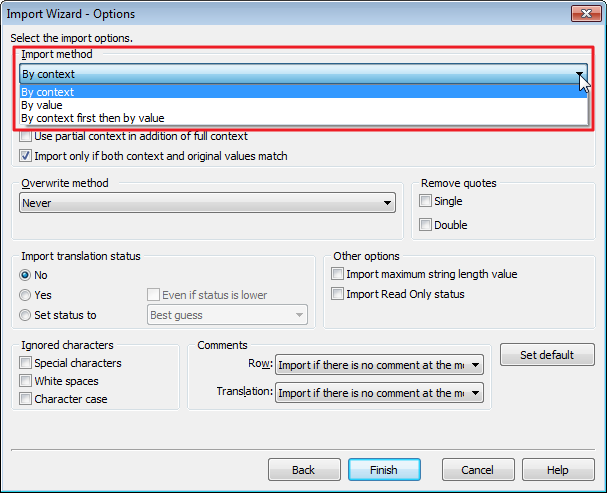 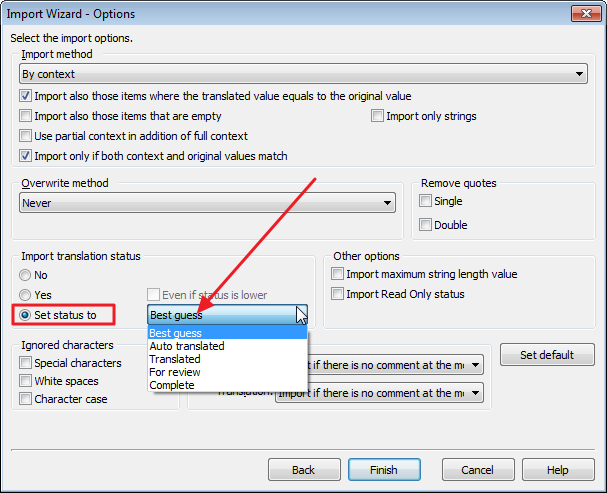 Now we can click “Finish” button and perform import operation. After this, we repeat import operation, but now as import method we select “By value” method and change selected status of imported items to lower e.g. to “Auto translated”. Finally we got result similar to “By context first then by value” method, but we can distinguish items imported by value method from items imported by context method, because they have different translation statuses.