Let’s assume that in our SLP we have 4 languages (German, Finnish, Japanese and Arabic) and those languages contain different count of not translated strings

All those not translated items are marked by red rectangles on screenshot. 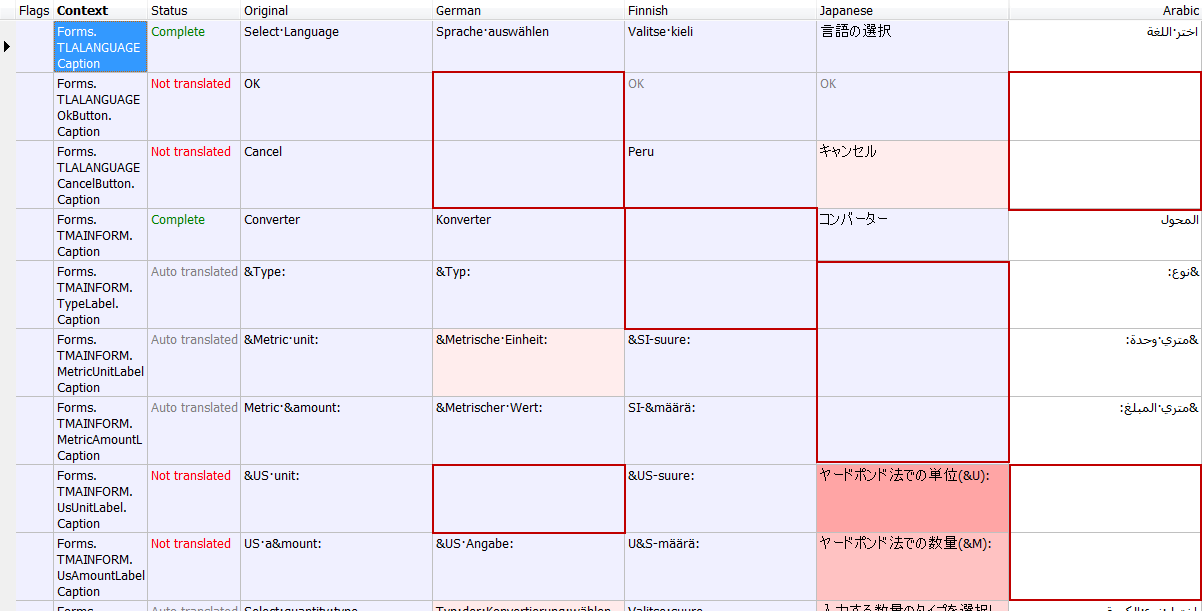 We want to send to our translators aÂ SLE package with not translated strings only. So in the “Translations Statuses” tab of “Exchange Wizard – Filters” we should uncheck all statuses expect for “Not Translated” status. 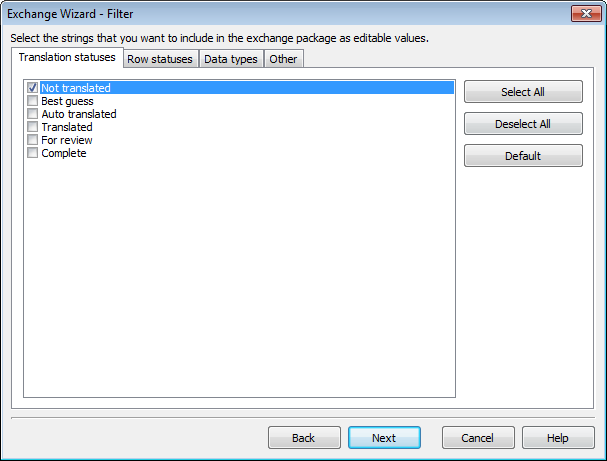 However, if we generate one Exchange Package with all languages, generated SLE will contain sum of all not translated items in all languages, that is 2rdÂ toÂ 9th. So, when our potential Arabic translator opens sent SLP package, he will see also items already translated to Arabic. Similar issue, but for Export wizard was described in this article.

But, don’t worry, because you can easily solve this problem by checking the “Create several packages, one for each selected language” option inÂ  the “Exchange Wizard – Languages and items” step. 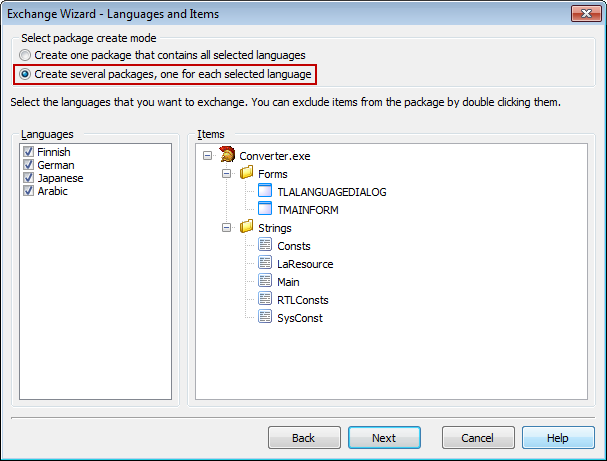 Using this option generates separated packages for each language in one operation and all SLE packages will contain only not translated items in selected language.

Of course, this is only very simple example, and you can combine different settings of translation statuses in your own Exchange setup. However, I hope it shows capabilities of the Exchange Wizard.