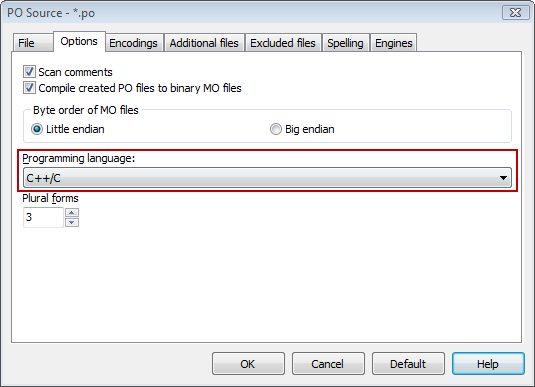 Gettext localization is also a popular solution for web solutions based on non-Windows operating systems, such as Linux. Above list contains also languages popular in developing of advanced web solution, for example PHP, Perl, Pthyton, SQL and this Sisulizer feature can significantly improve localization of applications not based on WindowsÂ  environment.

When you select appropriated programming language, you can validate translations for potential mistakes of programing language items included to PO strings. You can check for these potential bugs, if you select “Inconsistent format string” in “Validate Translation” dialog available via “Validation” menu. 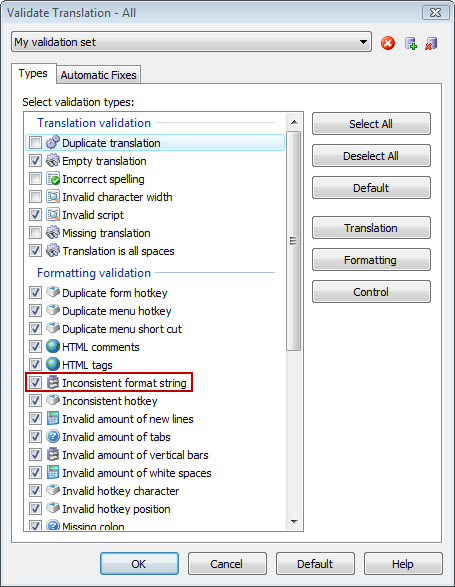 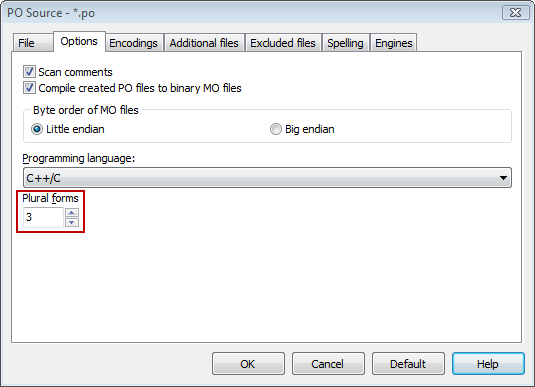 For each plural message Sisulizer adds as many rows as specified in this field. If you plan to support only Western and Asian languages 2 is enough. 3 covers most languages excluding Arabic, Slovenian and Welsh. 4 covers all but Arabic. If you want to correctly translate to all Arabic forms set this to 6.